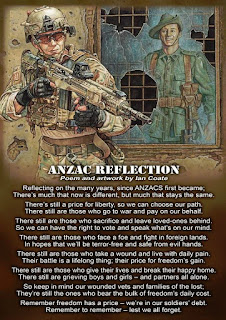 Frank Cooper    Award: Mention in despatches
Attacking other authors, whom he accuses of perpetuating stereotypical POW camp images, he writes: '''Gritty' Australians defying the Japanese by playing footy is one thing and can be accommodated by stereotypes but 'Japs' playing sport with their prisoners is too much to explain.'''
At one camp (not Changi) - according to one prisoner, Gunner Eric Cooper of the Victorian 4th Anti-Tank Regiment - the Japanese camp commandant was ''a keen sportsman'' who would attend POW boxing matches bearing gifts.

Cooper wrote: ''His aides carried baskets laden with all sorts of wonderful 'trophies' - pineapples, bananas, canned foods, soft drinks, cigarettes and even bottles of cold Tiger beer. He took great pride in presenting these awards at the end of each bout, not only to the winner but to the loser as well.''
At Changi, the guards fancied a game of baseball with the top Australian team. ''The game was seen by the Japanese as embodying the spirit of competition and the idea of genki, or vigour.''

What they didn't realise was that the Australian team was drawn from more than six Australian battalions of 800 fit men aged between 18 and 35. On Sunday, August 27, 1944, the Japanese played in the POW competition. The Australians trounced them.

The 13th Australian General Hospital was formed at Melbourne's Caulfield Racecourse on 11 August 1941. Its personnel and equipment were assembled over the ensuing fortnight, and it sailed, from Melbourne, for service overseas on 2 September 1941. At the time of its departure the 13th comprised 18 officers, 44 nurses, 3 masseuses and 146 other ranks; it was equipped to treat 600 patients.

Arriving in Singapore on 15 September 1941, the hospital established itself at St. Patrick's Boys School on the island's south coast, but initially treated few patients. Many of its nursing staff were attached to other units or establishments, including the Singapore General Hospital, while those that remained spent much of their time training in the treatment of tropical diseases and modern military surgical practices.

Between 21 and 23 November 1941, the 13th relocated to the Malayan mainland and occupied a newly-built, but not quite finished, mental hospital at Tampoi, six and a half kilometres from Johore Bahru. The 13th was still at Tampoi when the Japanese launched their invasion of Malaya on 8 December. Their rapid advance soon forced the withdrawal of the 10th Australian General hospital from Malacca to Singapore, leaving the 13th as the only Australian hospital in Malaya. As a result, it was ordered on 11 December to double its patient capacity to 1,200. At the time it only had 359 beds open; but by 18 December, 945 were in operation.

The 13th treated most of the casualties that resulted from the AIF's battles in Johore, and, as the fighting got closer, it effectively became a large-scale casualty clearing station - the most forward surgical unit in the army's medical organisation. Eventually, the approach of the Japanese also forced the 13th to withdraw to Singapore, commencing on 23 January. Thirty-eight hours later it was re-established as a 700-bed hospital back at St. Patrick's.

Like all medical units, the 13th was hard-pressed during the fighting for Singapore. It was subject to bombing, sustaining hits to both its kitchen and a ward, and had to operate under complete blackout conditions at night. Mounting casualties soon outstripped the hospital's ability to accommodate and treat them and patients had to lie on the lawns around the hospital. With defeat appearing imminent, the 13th's nursing sisters were progressively evacuated on three ships. The last contingent of 27 left aboard the ill-fated Vyner Brooke on 12 February.

In the final days of the fighting, the 13th found itself in a problematic position at the edge of the British Commonwealth perimeter around Singapore City. A nearby canal was the only anti-tank obstacle for some distance, requiring infantry and artillery to be positioned around the hospital, thereby placing its protected status in jeopardy. Repeated requests had to be made to combatant troops not to establish their positions in the hospital area. On the night of 13 February the perimeter was pulled back, leaving the hospital in no man's land until the Commonwealth forces capitulated on the night of 15 February. By 19 February the 13th was treating 1,273 patients, its maximum effort during its short history, and had absorbed the staff of the 4th Casualty Clearing Station, the 2nd Mobile Bacteriological Laboratory, and the 2/10th Field Ambulance.

Between 22 and 23 February the 13th re-established itself in buildings at Selerang Barracks, part of the sprawling prisoner-of-war complex on the Changi Peninsula. On 6 March the Japanese authorities directed that only one prisoner-of-war hospital would be maintained in Changi and the bulk of the Australian medical units, including the 13th General Hospital, were merged with the British hospital at Roberts Barracks. 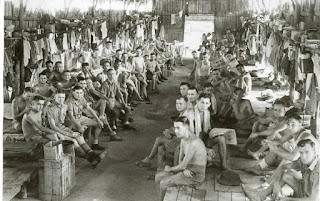 4.1       Percival William James married Nancy
4.1.1     Daughter married Tichborne
4.1.1.2  Brian Tichborne   (Live in NZ)
Bryan Tichborne was born in Nairobi, Kenya in 1942 - son of an Anglo-Irish/South African father and New Zealand mother. Bryan grew up and was educated in Tanganyika (now Tanzania) and Kenya. After leaving school he joined the Rhodesian army as a private soldier - followed by two years officer training at the Royal Military Academy Sandhurst. His ten years as an infantry soldier included tours in Africa, Hong Kong, Okinawa, South East Asia, Canada and the United Kingdom. With operational tours in mainland Malaysia and Borneo. He and Nancy met in Killarney, Ireland, got engaged in London and were married in Hong Kong. On leaving the army in 1969, they settled in New Zealand - in Rotorua where they lived for the next 25 years. In 1994 they moved to French Farm Valley. Nancy's pioneer ancestors had come to the Akaroa area from England in the early 1850's. Nancy and Bryan have three adult sons and two grandchildren.
http://www.watercolours.co.nz/