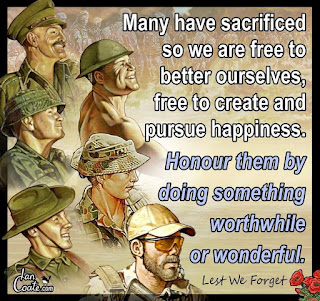 MR AND MRS. W. R. JILLETT, of Mann St., Invermay, have been notified that their youngest son, Pte. William E. Jillett, has been killed in action in Korea.
Pte. Jillett was 27. Joining the 3rd Australian Battalion in Melbourne in August last year, he arrived in Japan shortly after Christmas, and was drafted to Korea early in January.
He had seen action four times. In the Second World War, Pte. Jillett served four years from 1941 as signaller on HML 816. a submarine chaser attached to the Royal Australian Navy.
He was educated at the Invermay School and the Launceston Technical College, and before the Second World War he was a junior architectural draughtsman on the City Council staff.
After the war he joined the Launceston architectural firm of East, Roy Smith, and Willing, but subsequently entered into practice on his own account.  There are two brothers. Messrs. T.A. and J. Jillett. (Hobart Mercury 28 Apr 1951)

Walter Race Jillett 1876 - 1959   was the son of Robert Victor Jillett and Sophia Whiteway.  Robert Victor Jillett was the son of John Jillett and Phoebe Triffitt.
Walter enlisted in World War I when he was 42.  He was a mechanic living in Launceston, and had 4 years prior service in the Militia.  He joined on the 18th October 1918.  He was discharged on 18th November, 1918, not required for duty.

The New Zealand Jillett records for World War I include Herbert Harry Jillett.

He was a miner working at the Gold mine. Herbert was a second cousin to the New Zealand Jillett boys.

He embarked from Brisbane 13 February 1915, and was in the 15th Battalion. He died on 8th August 1915, in Gallipoli. Buried Embarkation Pier Cemetery

Gilbert Harold Taylor  SN 1406  15th Battalion 8th August 1915
29th March 1924
With further reference to the report of burial of the late No 1406 Pte G. Taylor, 15th Btn, I have to advise you that all burials in the Chailak Dere Cemetery, Gallipoli, (in which the remains of your brother were originally interred, but whose grave had not been registered) have since been concentrated into the Embarkation Pier Cemetery, Anzac, and with a view to suitably perpetuating his memory in common with others whose graves cannot now be located, the Imperial War Graves Commission has arranged for the erection therein of separate headstone tablets which will be engraved with the full regimental particulars and date of death of the soldier concerned, together with any verse or epitaph previously furnished in the form of a personal inscription - the whole to be preceded by the words "Believed to be buried in this cemetery, actual grave unknown."  These tablets will be of a permanent nature, similar in design to those marking individual graves, and it is hoped by this means to pay fitting tribute to the memory of those of our fallen whose remains are believed to be interred in the above named cemetery but whose actual graves cannot be located.
Assuring you of the Department's sympathy at the distressing circumstances arising, Yours faithfully

F.    Kate Jillett married Richard Foreman
Staff Sister Kate Alice Foreman  served in World War I and sailed on the Orsova on 10th October 1915.  She served in France, and returned to Australia on 27th December 1918 on the Sardinia.  She resigned her appointment in England due to marriage to Beaufort Gregg, in England in 1918. She died aged 83 years in Armidale in 1971
Her husband served in World War I S/N 1437/1450


Cecil Arthernard Jillett was awarded the Order of British Empire. OBE.  He was a Major in the Australian Military Forces and served in South West Pacific.  He held a Bachelor of Engineering
Mercury (Hobart, Tas. : 1860 - 1954), Tuesday 3 June 1941, page 3
PACKED LIKE SARDINES
Evacuation From Balkans
DIFFICULTIES which faced British and Empire troops in their evacuation from Greece are related by Major Crofton Stephens, of Hobart, in this article, the second part of a letter in which he describes his personal experiences. Major Stephens is with Corps Headquarters abroad. The first part, of the letter was published yesterday.
As the sun set on Anzac Day we made our way for several miles through Navplion, along roads crowded with British troops, to a wood where we understood Corps Headquarters (or what remained of it in Greece) was assembling. On the way I sighted Col Cecil Jillett (who used to live just below us in Bishop St.) in a 30cwt. van, and he gave us a lift to the assembly point, after which we set out on a nine-mile trek to Dripanon. We got under cover in an orange orchard on a hillside, and afterwards searched for better cover in which to lie low for the rest of the day."

He attended the prestigious Hutchins School in Hobart.
·  - War Office and Ministry of Defence: Military Secretary's Department: Recommendations for Honours and Awards for Gallant and Distinguished Service...
·  Subseries within WO 373 - MERITORIOUS SERVICE AWARDS

Over 26,000 weary Allied troops landed on Crete in the last week of April 1941. They remained on the island for less than a month. In a brief, savage campaign, the Australians inflicted heavy losses on the German paratroopers. One German battalion lost more than two-thirds of its men. Another rearguard action by the 2/7th Battalion, AIF, and the New Zealand Maori battalion left 280 German dead and allowed the retreating forces to reach the evacuation point in Suda Bay. HMAS Perth was hit while carrying members of the AIF back to Egypt. The British admiral in charge of evacuation called it "a disastrous period in our naval history".
Although 15,000 men were evacuated by ships of the Royal Navy and the Royal Australian Navy, some 12,000 Allied troops, including 3,000 Australians, were left on Crete and most became prisoners of war of the Germans. As in Greece, some made daring escapes. Many were sheltered by the people of Crete. The war cemetery at Suda contains the graves of 139 men of the AIF and the RAAF. 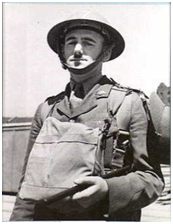 Portrait of Lieutenant Colonel A C Jillett, Commanding Officer, 2/3rd Army Field Workshop, Headquarters 1 Australian Corps, as he waited to be ferried to the troop transport 'Queen Mary' for embarkation prior to leaving for the Middle East.
Creator Department of Information
Subject Embarkation
Subject Second World War, 1939-1945
Subject Australia: New South Wales, Sydney
Image number 005563
Managed by Item held by the Australian War Memorial
Date or place Australia: New South Wales, Sydney, Pyrmont
Rights You do not have to seek permission to use the Memorial's images for your personal, non-commercial use or use within your organisation. You must seek permission to use the Memorial's images for commercial publication.

On Saturday 27th March 1943 at approximately 0512 hours a Douglas C47 was involved in a fatal accident at Archerfield, Queensland. The crew of four from 36 Squadron were all killed as well as all the passengers. They consisted of 17 Australians and 2 American personnel.
(Information kindly supplied by Bevo #48239022).

23 KILLED IN AIRCRAFT CRASH
NEAR BRISBANE
AUSTRALIAN AVIATION'S
WORST DISASTER
MELBOURNE, Monday.-Twenty-three service personnel, including three members of the W.A.A.A.F., were killed when an R.A.A.F. transport aircraft crashed near Brisbane early on Saturday morning. There were no survivors.

It was the worst air disaster in the history of Australian aviation. The aircraft was on a flight from Brisbane to Sydney, and crashed into heavy timber soon after taking off in the dark. It was totally destroyed.

Au immediate, inquiry-was being held into the cause of the accident, it was announced to-day.
The Minister for Air (Mr. Drakeford) said the loss of the aircraft with 23 lives came as a great shock to him and to Federal Cab-inet. The accident was inexplicable on the first information to hand, but he could assure the public that a full and searching inquiry would he held.

The infrequency with which such accidents occurred not only accentuated the tragic circumstances of this one, but also served to indicate the care and efficiency with which aviation was conducted in Australia.
Mr. Drakeford added that he wished to extend his deepest sympathy to all relatives and friends of those who perished in the accident.
The funeral of the Australian victims took place at the Lutwyche cemetery this afternoon. The Federal Government Whip (Mr. W. P. Conelan) and the Minister for Air (Mr. Drakeford) represented the Federal Government.

Sgt. Max Inverina Thomas Jarvis was a son of Mr. and Mrs. A. E. Jarvis, of Moriarty, and brother of Olga, Della, Len, Olive and Leigh. He leaves a widow.

Lending Aircraftman Kenneth Owen Paton was a son of Mr. and Mrs. P. J. Paton, 10 Newlands Avenue, New Town, Hobart. He leaves a widow and three children. Educated at Friends' School, he joined the R.A.A.F. about 12 months ago, and was attached to the motor boat patrol branch. Besides playing "A" grade tennis and badminton, ho was a keen angler and rifle shot. Before enlisting he was employed by Chas. Davis Pty. Ltd. for about 20  years.