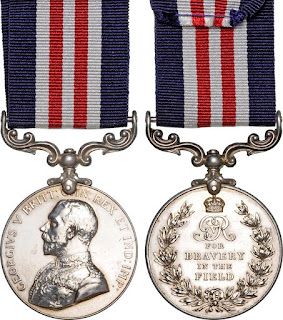 At the start of the 1st World War, one son, Alfred, enlisted at the age of 33 and served in the Middle East and France.  He and another NCO were awarded the Military Medal in 1918, for bravery when keeping telephone communications open ahead of the brigade, despite themselves being under gas attack.  The details are shown below, which come from his service record.  He was badly affected by gas and this impacted his health on returning to Tasmania.

My father, also Alfred, who was born in 1917, was named after him, as his family did not expect him to survive.  Alfred Leonard Bradshaw died in 1943, aged 60. The transcript of his funeral is also shown below.

DISTILLERY CREEK: This creek flows through the Launceston suburb of Waverley and enters the North Esk River. It has played an important part in the history of the district. Used to power and supply water for the first distillery in the Launceston area hence its name, powering in addition it was responsible for the Waverley Woollen Mills.

It was reported in the Mercury that he was returning to Australia having left England in May 1919 on the Port Napier, and would arrive around 30th June 1919

The funeral of Mr. Alfred L. Bradshaw took place yesterday morning at Carr Villa Cemetery. The services at the house and graveside were conducted by Rev. Medson, of the Chant-street Methodist Church. Waverley Woollen Mills, of which Mr. Bradshaw had been an employee for many years, were represented by Mr. R. H. Hogarth, and a large number of the employees.

Mr. Bradshaw was born at Distillery Creek, and worked as a boy at , the Waverley Woollen Mills and at W. and G. Genders Pty. Ltd. He enlisted in 1915, and served with the 12th Battalion. While in France he was promoted to the rank of lance-corporal, and was awarded the Military Medal. He returned to Launceston in 1919, and resumed work at the woollen mills.

In 1923 he married Miss Ada Jones, Longford. He leaves a wife and three children, Sylvia, Beryl, and Maisie.


Etinehem, an action fought along the Somme River on 10-13 August 1918, was the result of difficulties encountered during the great attack made two days earlier by the British Fourth Army which included the Australian Corps under Lieut.-General Sir John Monash (see Amiens). Then, the British 3rd Corps' slow progress north of the Somme had enabled German forces in two 'peninsulas' formed by bends in the river - at Chipilly and Etinehem - to enfilade the 4th Australian Division during its advance and obliged it to stop short of its final objective at Méricourt. While fighting continued in the south of the Australian Corps' sector during 9 August (see Lihons), Monash made plans to eliminate the Germans holding the ridges and gullies about Etinehem on the following day.

Obtaining permission from the army commander (General Sir Henry Rawlinson) to take over responsibility for the immediate area of the north bank, Monash pushed across the 13th Brigade of the 4th Division (Brig.-General Sydney Herring) which he combined with the American 131st Regiment to form a composite division known as Liaison Force. On the night of the 10th this column advanced east across country, parallel to the Bray-Corbie road, with two tanks moving noisily (deliberately) along the road itself. The effect on the overstrained enemy was as expected, prompting a panic-stricken withdrawal through Bray and allowing the Australian force to establish themselves across the head of the Etinehem spur. Although German troops subsequently recovered, and began filtering back to resume such of their positions as remained viable, their grasp of the peninsula had been fatally weakened. During the night of 12-13 August Herring completed the task of clearing the ground, taking 100 prisoners.

Extracted from the book produced by Chris Coulthard-Clark, Where Australians Fought - The Encyclopaedia of Australia's Battles, Allen and Unwin, Sydney, 1998, p. 154. 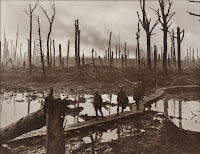 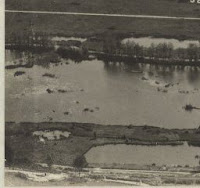 Division Signals Companies belonged to the Royal Australian Engineers during WW 1. Later, the Royal Australian Signals Corps was created. The Division Signals Company was tasked with providing communications from the Headquarters to those of subordinate formations. In the case of 2nd Division, this meant the 4th (composite States) 12th and 13th Brigades and Division units (Artillery, Engineers, Pioneers, MG Battalions and Services etc).

Communications in 1916-18 would be by a combination of field telephone (requiring the laying of line) and limited radio towards the end of WW1.

Field telephones connected by line were the most usual means of electronic communication. Line was buried where possible but it would often be cut or broken by artillery fire or road traffic. Then it would have to be surface laid to maintain communications. Laying line was one of the most hazardous jobs in the front line. The "Linies" had to move above ground carrying a reel of wire. They could often be the only moving thing on the battlefield and thus attracted fire - both small arms and even artillery fire. Hence the task was often performed at night, with the added risk of getting disorientated on the battlefield. The "linies" also had the unenviable task of locating and repairing breaks in the line.

"Power buzzers" were also deployed forward to boost the signal being borne by the line. Later when radio began to appear, signallers would have to erect antennas / aerials, often exposing themselves to enemy observation and fire in the process. As antennas are invariably associated with Headquarters they would also attract the unwelcome attention of enemy artillery Forward Observers. 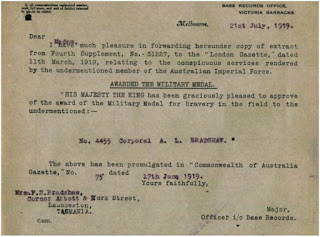